It was an exciting Friday night here at the Cleveland Velodrome, as the track played host to the Ohio State Championships, presented by Bike Cleveland. In all, 5 individuals were crowned championships. Final results are available here.

The Women’s division featured a scratch race, tempo race, and points race, in order to spark variety in the championships and showcase the skills. The results showed no such variety, however, as Daniela Mehech won all three races, scoring a perfect 21 points in the Omnium and taking home the gold. Megan Bair won a silver medal in the competition, with 15 points. Amanda Schmidt finished with the bronze at 8 points.

The Men’s 4/5 race featured close calls and intense action in a large field. Ryan Gerrity won the first scratch race over Grant Gillian to take an early points lead. In the tempo race, however, it was frequent rider Sam Rideout that took the victory over Josiah Peterson, with Gerrity finishing 5th. Gillian won the final scratch race over Peterson, and edged out Gerrity for gold in the omnium by a score of 12-11. Peterson took the bronze with 10 points

The 3/4 racing category may have been small, but it was not without action. John Cline took the first two races, a scratch race and a miss & out, over Dan Drda and Jay Ganser. Ganser paced much better in the final points race, however, defeating Cline in that event. However, Cline won the overall gold with 19 points to Ganser’s 13. Drda finished 3rd with 12 points.

1/2/3 categories always feature elite riders and competition, and Friday night was no different. Paul Martin dominated the field, overtaking the 3 races by large margins for a perfect 21 points. Sam Hong had a strong showing however, with 2 second place finishes and a 3rd place finish to win silver at 13 points. Joe Nieto took 3rd with 8 points.

Join us for our next Vocon Racing Series, presented by Case Western Reserve University Cycling, September 3rd, at an early 4:00 PM start. 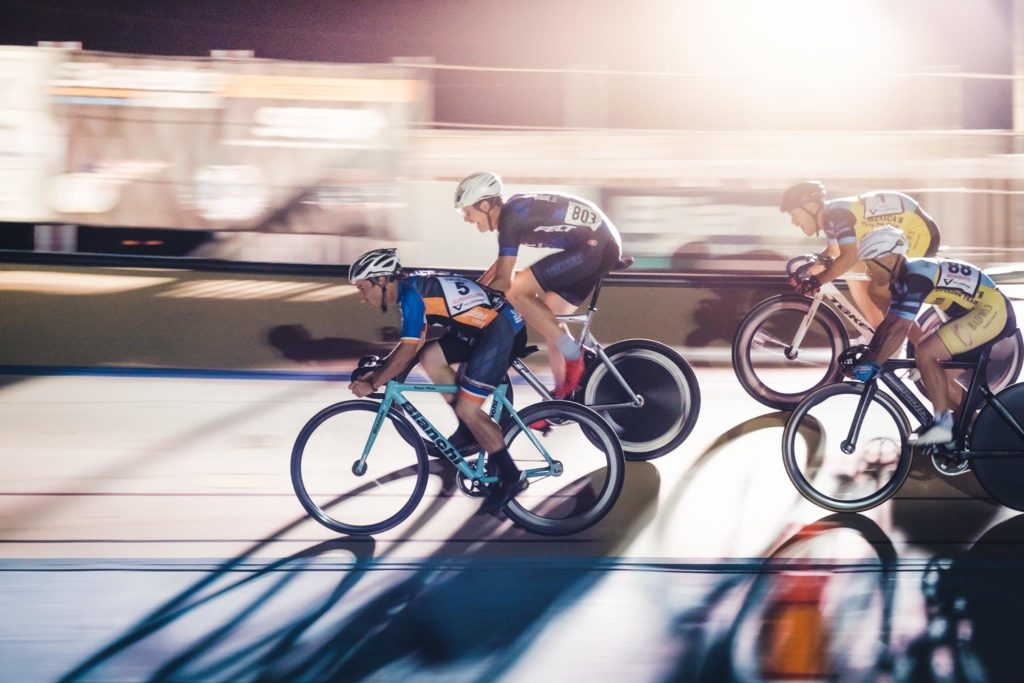 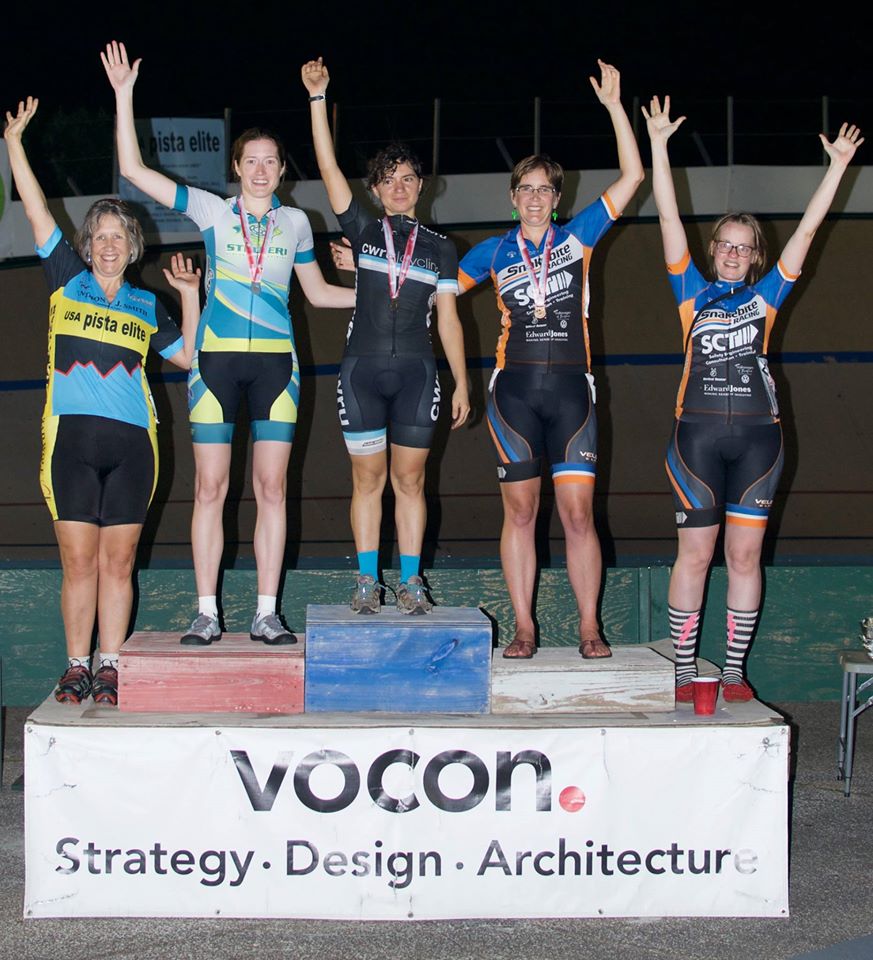 Results for Vocon Race Series #6
Get your Cleveland Velodrome Membership Today! Sign Up