Fast Track Cycling (dba Cleveland Velodrome) was formed in 2007 and is a non-profit 501(c)3 corporation.  Fast Track Cycling owns and operates the Cleveland Velodrome – a bicycling complex and racetrack – located at 5033 Broadway Avenue, Cleveland, Ohio.  A velodrome is a banked oval bicycle track for recreational riding and racing that range in size from 130 meters to 400 meters in length.  Our Olympic style velodrome is about 166 meters in length (about 1/10th of a mile) and features  50 degree steep corners.  After years of planning and fundraising, Phase 1 of the project – an outdoor 166 meter track – opened in August of 2012.  The Cleveland Velodrome is situated on an 8.9 acre site located at I-77 and Broadway Avenue in Cleveland, Ohio.  Recreational and competitive cyclists of all ages, all abilities and all backgrounds enjoy cycling at the Cleveland Velodrome.  It’s not just for skinny guys in weird outfits on expensive bikes.

Our organization’s mission is to provide youth and adult cycling programs to promote the health and recreational benefits that riding a bicycle provides.  To achieve this mission, we provide free youth programming (age 18 and under) and our Track 101 – learn to ride class – is free for adults.  Also, our project, which sits on the former site of St. Alexis Hospital, is an important catalyst for the redevelopment of the Slavic Village/Broadway neighborhood of Cleveland.  As the only velodrome in Ohio and one of only 26 in the United States, our unique and cool venue features exciting bicycle racing action – on a weekly basis – and has attracted over 10,000 visitors since it opened in 2012. 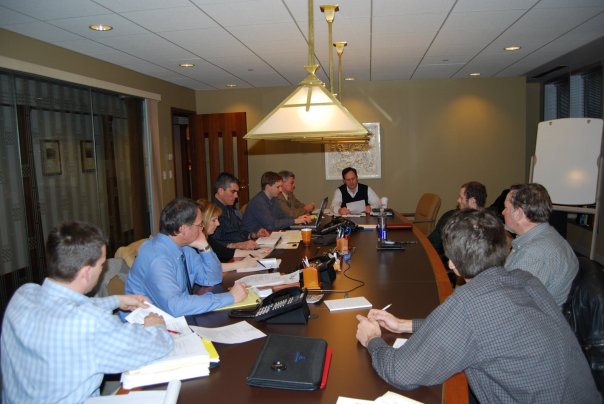 As an outdoor facility we are open 6 months per year May 1 thru October 31.  Our racing season runs from June thru September..   We have about 20 races per season which are typically on Friday or Saturday evenings.  Our typical race is just over 2 hours in duration and features a heart thumping music, food and beverages, and non stop race action on the 50 degree walls of the velodrome.  We have a fleet of track bikes on hand that are available for our free Track 101 class and free for youth aged 18 and under.  We also have helmets available for youth riders. Since opening in 2012, our operations have been run by an all volunteer staff.  Beginning in 2015, we have had paid staff who along with our dedicated volunteers will provide our programs as follows:

Before we selected the Slavic Village site, the Board carefully considered and evaluated all available alternatives including, but not limited to existing indoor warehouses, suburban vacant land, and urban vacant sites.  Our site selection process was methodical and exhaustive as we evaluated sites in Cuyahoga, Summit, Geauga, Lorain and Lake counties.  Ultimately we selected the 8.9 acre Slavic Village site due to its central location, freeway access, availability of utilities, parking count, acreage for future phases, affordability and proximity to good neighbors (i.e. Sokol Bohemian Hall, Third Federal Savings, University Settlement, Boys & Girls Club, Cleveland Fire Station, among others).  Moreover, the residents, business owners, Slavic Village Development Corp, Cleveland City Council members Phyllis Cleveland and Tony Brancatelli and the City of Cleveland have embraced the project and all have been extremely supportive.

The Phase 1 track is an outdoor 166 meter velodrome cycling track with a steel substructure and wood surface.  The steel and wood are designed and constructed to withstand Ohio winters with an useful life for the wood surface of 10 to 15 years Phase 1 total project costs were $300,000 which included the track, some site work, spectator viewing deck, office trailer as well as 35 bicycles and other cycling equipment.  For Phase I, our donations ranged from $5.00 to $50,000 and we had over 130 Founders Club donations at the $1,000 level.

Phase 1 construction began in May of 2012 and 90 days later, Fast Track Cycling hosted a Grand Opening Celebration and the Cleveland Velodrome opened for business.  Since opening the track we have seen significant growth in our youth and adult programming.  We have been able to develop a track riding/racing culture in addition to an enthusiastic spectator base.  Phase 1 will serve as a platform for future phases – which would include the development of an indoor cycling and recreational facility.

As we enter into the 2018 season, we continue to focus on five (5) major areas: Operations, Facilities & Grounds, Sales & Marketing, Organization Capacity and Phase 2 planning.  With indoor tracks recently opened in Milton, Ontario and Colorado Springs, CO, and Detroit, MI, there seems to be a positive momentum that will help Fast Track achieve its future goal of an indoor facility.

If you are interested in learning more or becoming a volunteer please email us.